Delaware cops will no longer be able to avoid prosecution for shooting a suspect by saying they believed an officer or someone else was in imminent danger of death or serious injury.

That’s because Delaware lawmakers Tuesday joined almost every other state in adopting a higher legal standard than the one that has allowed officers to escape criminal charges even in cases when a shooting was suspect.

Now the standard is what a reasonable officer would have done in the same situation – a slightly more “objective” burden of proof than the test that has been in place for more than 70 years.

State House members approved the bill in a 25-16 vote. It passed the Senate in a 14-7 vote earlier this month. It’s now awaiting Gov. John Carney’s signature to become law. Carney’s office didn’t immediately respond to questions about whether he would sign the bill.

After the vote, Attorney General Kathleen Jennings said the legislation would fix one of America’s weakest use-of-force laws. “If anything should be objective and reasonable, it should be the line that allows one person to take another’s life,” Jennings said in a statement.

“The words ‘I thought’ should not be an automatic get-out-of-jail-free card for any defendant. Thanks to hard work by our partners in the legislature, and the voices of countless Delawareans, it won’t be anymore.”

The Wilmington lawmaker sponsoring the measure has put it on hold, citing uncertain backing because of opposition from police groups.

The new standard passed the General Assembly almost a year to the day after WHYY published an in-depth analysis of how the existing law has long protected officers from prosecution, especially one of the Wilmington cops who shot and killed paraplegic Jeremy McDole in 2015.

Sr. Cpl. Joseph Dellose had rushed to a standoff between McDole and other officers. The other officers were communicating with McDole, who was in a wheelchair with a gun. But Dellose ran to the scene and shot McDole with his shotgun within two seconds of telling him to show his hands. Three other officers shot McDole after Dellose did.

Then-Attorney General Matt Denn’s office had sought to pursue a criminal case against Dellose for felony assault. But a report by Denn’s office concluded the law “provides a great deal of deference’’ to police because it lets their “subjective belief’’ of immediate danger govern their decision to fire their guns — a provision that “immunizes them from criminal responsibility.”

But under the new standard, the officer would have to “reasonably believe” that a life was in danger to fire his weapon.

The bill that just passed defines that state of mind as “a belief that is reasonable from the viewpoint of a reasonable law enforcement officer in the defendant’s situation under the circumstances.”

Current Attorney General Kathy Jennings, a Democrat who succeeded Denn in 2019, had circulated the WHYY report among lawmakers when urging them to sponsor legislation to change the standard from a “subjective” to an “objective one.”

The bill was not opposed by police agencies in Delaware, nor did police unions take a public stance against it.

After the Senate approved the new standard, Jennings said Delaware “has one of the least enforceable, most confusing use-of-force laws in America. Everyone, from the most ardent activists to the most stalwart veterans of law enforcement, believes that excessive force ought to be prosecuted.” 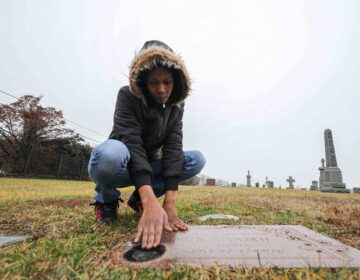 Del. police have shot 56 people since 2005, but law ‘immunizes’ them from prosecution

Despite making up 22% of the population, Black people make up nearly half of those shot by Del. police. Now, the state’s AG wants to change the use-of-force law.

Sen. Marie Pinkney, a New Castle Democrat who was chief sponsor in her chamber, said changing the law was paramount to protect citizens and provide accountability to law enforcement.

“Under current Delaware law, any use of force by a police officer, no matter how egregious and unnecessary, is considered perfectly legal as long as the officer in question uses the magic words, ‘I believed,’” Pinkney said after the Senate approved the measure.

“I think we all agree there is such a thing as excessive force and it should be prosecuted. This legislation will allow us to finally hold police officers accountable in a court of law when they commit unjustifiable acts of violence, something that is absolutely necessary if we ever hope to restore trust between law enforcement and the communities they serve.”

The bill also makes clear that deadly force includes the use of a chokehold, the fatal tactic used by Minneapolis police officer Derek Chauvin on George Floyd on Memorial Day 2020. Last week Chauvin was sentenced to 22 ½ years in prison for second-degree murder.

The Senate also approved another bill from Sen. Pinkney that expands what police actions are automatically investigated by the Attorney General’s Division of Civil Rights and Public Trust.

Currently, only incidents involving the use of deadly force by a police officer are automatically investigated. Under SB 148, approved by the House Tuesday afternoon in a 26-15 vote, any incident involving serious physical injury caused by police must also be investigated by the AG’s office.

If there is a public report issued after that investigation, the bill also requires the AG’s office to include the race of the officer who used force, the race of the individual on whom force was used, and whether race was a relevant or motivating factor.