Date could be moved back if COVID conditions worsen… 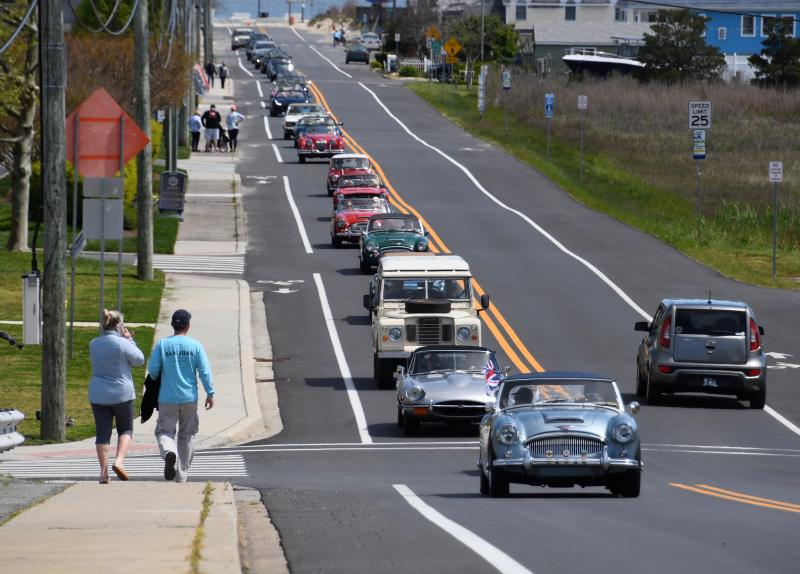 As of now, the British Motorcar Show and parade might be held as usual in May. Lewes Mayor and City Council said any event planned prior to April 15 must have a plan approved by the Division of Public Health to go forward. RON MACARTHUR PHOTO
Nick Roth

Lewes officials will not issue permits for events planned before April 15, with a few exceptions.

Mayor and city council unanimously voted to set a date in order to provide city hall staff with guidance on how to handle applications for spring and summer events.

Parks and Marina Administrator Janet Reeves said she’s received several applications so far, but she has kept them queued while the state’s stay-at-home advisory remains in effect.

After discussion, council made an exception for events that have gained approval from the Division of Public Health, such as 5Ks planned by Seashore Striders and a Good Friday cross walk planned by Bethel United Methodist Church.

COVID-19 infections, hospitalizations and deaths have steadily declined the last few weeks following a peak attributed to holiday gatherings. If conditions worsen before April 15, city council said approval for events could be revoked.

Seashore Striders Director Tim Bamforth held a series of 5Ks at Cape Henlopen State Park in the fall after Lewes and Rehoboth Beach officials clamped down on events within their city limits. With several annual races fully or partly run in the city on the 2021 schedule, Bamforth urged city officials to provide guidance so he could make decisions.

His first event is the DQ Dash 5K Sunday, April 25, with other races planned in May. He’s worked closely with the Division of Public Health over the last year to develop a safe plan for hosting running events. His events are capped at 200 people, including runners, event staff and family members. Social distancing and mask wearing are required throughout the events, and he uses 30-person waves at the starting line with the faster runners leaving first to space participants out along the course.

Although approved for 200 people, Bamforth said he doesn’t believe any of his events attracted the maximum amount allowed. Some shy away because of the ongoing pandemic, but others have chosen to run his races virtually.

“I think it’s going to take a while to get back to the norm,” he said. “I think that it’s important for people to have that virtual option. All my events for 2021 will have a virtual component.”

Events that may not be as likely to follow state guidelines are weddings and bonfires. Whereas running events may have police presence, City Manager Ann Marie Townshend said it’s unlikely the city would send a police officer to a private wedding or bonfire on the beach to check whether or not people are sticking to the parameters of a permit.

“It’s not Tim’s events that I’m particularly worried about,” she said. “It’s the weddings and the bonfires and these little events that worry me more.”

Although they’re isolated to friends and family, she said, those people could later shop at Lewes stores or eat in the city’s restaurants and unknowingly spread the virus to the vulnerable population that lives in Lewes.

But with COVID-19 numbers dropping and the availability of vaccines growing, she recommended April 15 as a date when the city can begin to loosen its restrictions. All council members agreed, with the caveat that they have the option to move the date if conditions change.